Let us pray to the Lord.

As Orthodox Christians, we are called to pray for one another. This page is our "Prayer List." Please keep the people listed on this page in your prayers. If you would like to be added to the prayer list or would like to add someone, please e-mail the name(s) so that they may be included. Please be sure to send notification as to when to remove name(s) from the prayer list; otherwise the request will be removed after 4 months, unless it is an ongoing issue. Thank you.
Please pray for: 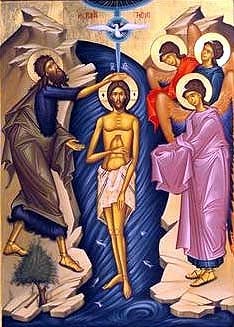 Forefeast of the Theophany of Our Lord and Saviour Jesus Christ

Forefeast of the Theophany of Our Lord and Saviour Jesus Christ; Synaxis of the 70 Holy Apostles; Our Righteous Father Theoctistus, Abbot of Cucomo in Sicily; Nikephoros the Leper; Zosimos the Monk and Athanasios the Notary; Righteous Apollinaria the Senator; Martyrs Chrysanthos and Euphemia; Righteous Euthymios the Younger; New Martyr Onuphrios; Righteous Euthymios of Vatopedi; Righteous John Scholarios; Eustathios Archbishop of Serbia

Visit the Online Chapel for more daily readings, hymns, a monthly calendar of saints and feasts, and more.